The project has been structured as follows:

1st step: the collection of general opinions of young people about Europe through an online game
2nd step: meetings with young representatives from every partner country in order to elaborate a programmatic document about the future of Europe, taking into account the game results’ analysis. The key topics, as well as the main points at issue in the document, concerned: borders, integration, criminal organizations, youth and work.
3rd step: a meeting in Brussels with delegates from partners organisations. During the meeting, the delegates merged the various documents into a single programmatic document
4th step: several national meetings in each partner country as occasions to present the final paper to local institutions. At the same time, young people has been engaged in the realisation of promotional events addressed to the citizens and focusing on the remarks and reflections arisen throughout the previous steps.

All partners have realized an online game to collect the opinions on the future of Europe of youngsters of Italy, Belgium, Hungary, France and other European countries. Here there is the link of the game

Through our game we get more than 300 players, here there are the results those express the opinions of young Europeans.

PARTNERS PROPOSALS: after the collection of opinions through the game, all partners have involved young people in meetings to reflect on the five topics and to prepare a document of proposals. Here you can find the five documents of proposals:

Then, delegates from each partner and different European countries met in an international meeting in Brussels to merge the various documents into a single programmatic document. The meeting has been a deep, intercultural experience of democracy and of sharing among participants.

The final document of proposals written during the meeting in Brussels by delegates.

Facebook page
Video of the meeting in Brussels
Pictures
Articles

Our logos and the final leaflet 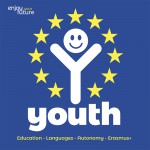 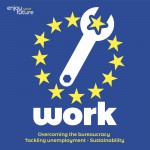 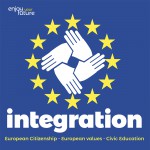 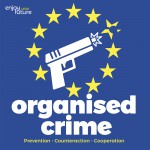 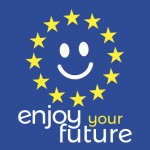 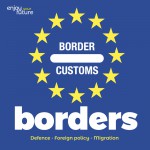